Custom detail or design? No problem! One of our experts can help you design the perfect solution. Learn More
Don’t want to assemble? We can deliver and assemble anywhere in the Continental US. Learn More

"A FOREST TO CONSERVE AND HARVEST"

Examples of poor forestry practices in the Redwoods: 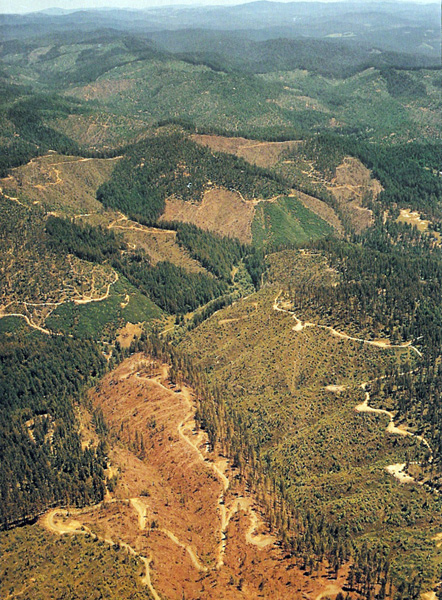 The aerial shot on the right was taken in Central Mendocino County in the early 1990's on Louisiana Pacific lands showing extensive clear-cuts. The solid forestland in the top center is the Jackson State Forest. 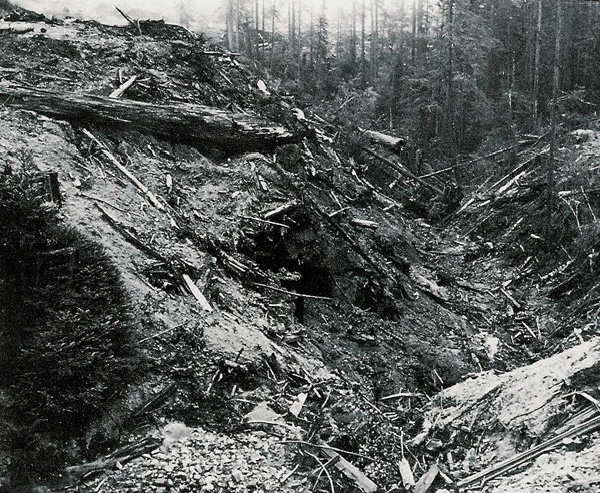 The one on the left of the creek side with all the slash was taken very near the boundary with the Redwood National Park in the mid-1970's.

In 1890, John Muir almost single-handedly convinced Congress to pass legislation creating Yosemite National Park. Two years later he co-founded the Sierra Club. Then in 1897 - exactly 100 years ago - he wrote an article for Atlantic Monthly titled "The American Forests." Our greatest preservationist wrote, "The state woodlands should not be allowed to lie idle, but should be made to produce as much timber as possible without spoiling them." Muir claimed that a wisely managed harvest of mature trees would keep the forests "a never failing fountain of wealth and beauty."

John Muir believed that some lands should be preserved in their wild and natural state. But he also recognized that other lands are most appropriately managed for conservation, through utilization and renewal. Perhaps Califonia's best example of what Muir referred to as "the state woodlands" is the state forest system. While Oregon has 10 times more state forest acreage than California, and Washington has 50 times the acreage, neither state has anything quite like the crown jewel of California's system: Jackson Demonstration State Forest in Mendocino County.

Jackson Forest celebrates its 50th anniversary this year. Stretching from just west of Willits to within a mile of the Mendocino coast on the Highway 20 corridor, the 50,000-acre forest comprises more than two-thirds of California's state forest acreage. It also comprises some of the richest and best-managed forest in the world.

But it wasn't always that way. In 1942 an alarming report to the state Legislature characterized this land as "cutover, burned over and otherwise denuded in such a manner as to jeopardize its watershed value." The report went on to urge Gov. Earl Warren to acquire the land to rescue it for multiple-use development, "including the preservation of soil and watershed cover, production of future forest crops, protection of wildlife, and development of recreational facilities." Warren supported a proposal from state Sen. George Biggar of Covelo to allocate $1.5 million to purchase the "depleted" lands from the Caspar Lumber Co. This would prove to be one of the best investments California taxpayers ever made.

Today, Jackson Forest is one of the preeminent public working demonstration forests in the world, unique among publicly owned forests in the redwood region with its multiple use, conservation-management approach. It attracts more than 60,000 recreation visitors per year, including 15,000 overnight campers. But it differs from state and national parks in that public access is also permitted for such activities as plant collecting, hunting and the purchase of various forest products, all concurrent with recreation, education and the management of the timber resource.

The guiding management philosophy is to conduct innovative demonstrations, experiments and education in forest management while achieving sustained production of timber through the application of sound forest-management techniques. Jackson Forest is the site of some of the best-documented and longest-running watershed and forest growth studies anywhere, and is visited annually by scientists from around the world. It is also used regularly as a field learning laboratory by teachers and students from schools like University of California, Berkeley, Humboldt State University, Sonoma State University, College of the Redwoods, Mendocino College and Santa Rosa Junior College, to name a few.

The forest also provides educational opportunities for family forest owners, as well as for younger learners. For example, in the past 12 years foresters have worked with local elementary school teachers to develop a five-week watershed conservation instructional program in which students receive classroom lessons in ecology and biology, then are brought into the forest to apply those lessons and care for the real, living watershed ecosystems of the Big and Noyo rivers.

The role of state forests as public learning institutions is especially important because too many of the forest lands in California have been poorly managed. Our best hope for reversing this trend is to train tomorrow's land stewards—whether scientists or landowners—in best management practices. Best management practices are needed not only for timber management, but also for maximizing forest health and fire safety; for enhancing wildlife, water quality and stream habitat; and for teaching children about ecosystems and conservation. To develop best management practices, however, their need to be places where classroom learning can be applied to real forests and watersheds. Jackson Forest is such a place. It is also a place where we can demonstrate the connections between healthy forests, a sound local economy and the role of forestry in the social fabric of rural communities. Of course, all of these good intentions mean nothing unless the forest's resources are sustainable. Sustainable forestry simply means harvesting no more trees than we grow, while maintaining or improving the long-term health of the forest ecosystem.

Annual tree growth significantly exceeds harvest. As a result, the forest is able to yield quality timber while growing increasing numbers of mature trees. This approach reflects the very long view we have taken for sustaining the forest resources on Jackson and ensures that the forest is both biologically healthy and economically sound. This management approach has allowed the volume of healthy trees in Jackson Forest to more than triple in the 50 years since the California Department of Forestry began managing these lands, despite an annual harvest of mature timber.

Photographs of these lands taken in the 1940's leave no doubt that the health of this forest ecosystem has steadily improved since the creation of the state forest. There is more vegetative cover, less erosion and better wildlife habitat. One of the most important demonstrations is that sustainable conservation management is also good business. Consider that in the past 50 years, even as growing stocks have more than tripled, timber management activities have generated more than $160 million in public revenues. This is more than 100 times the original investment, and does not include the economic benefits of an estimated 250 full-time, private sector jobs supported by forest management activities. An additional benefit is the yield tax revenue that is returned year after year to local government. In 1996 alone, Mendocino County received $600,000 in yield tax revenues from the purchasers of Jackson Forest timber. More than half of that total was earmarked for the county's public schools.

Of course there has been controversy. It is a fact of modern life, especially in California, that the harvesting of trees is not universally applauded. But we should remember that these lands were not wild or pristine when the state purchased them. In the words of the Legislature, they had been "exhausted and depleted." When the state purchased the lands in 1947, it was not to preserve them in a cutover state, but to bring them under professional protection and conservation management. The law creating the forest specifically directed the state to "rehabilitate and reforest" these lands, to make them "fully productive."

Thanks to the foresight of the Legislature half a century ago, Jackson Forest today is a prime example of John Muir's vision. By managing for a sustainable harvest while maintaining healthy stands of mature trees, it is a living demonstration of the "never failing fountain of wealth and beauty" that Muir wrote about exactly 100 years ago.

Richard A. Wilson is director of the California Department of Forestry. He owns a ranch in Covelo and has been active in Mendocino County conservation issues for 40 years.

New to Forever Redwood? Create an account to get started today.